The port cities of Thessaloniki (Greece) and Le Havre (France) may watch ships sail on different seas, but they are on the same ICC voyage towards increased citizen participation and digitisation of public administration.

Greece’s second-largest city usually full of students and tourists and an up-and-coming tourist hotspot in France, have both been hit especially hard by the pandemic. We spoke to Charalampos Chatzis (head of e-Gov department) and Panagiotis Tsarchopoulos (lead ICC expert) from Thessaloniki and Caroline Maurand (local city ICC manager) from Le Havre Seine Métropole to find out how they are navigating the challenging waves of the ICC.

As a former DCC participant, Thessaloniki is no stranger to smart city development and transformation. Reflecting on the previous programme, the Municipality of Thessaloniki recalled the general strategy and financial vision that the DCC set out for Thessaloniki as a resilient city that relied on digital transformation and human capital to boost economic growth.

In the ICC, Thessaloniki now strives to lead the way with its work on citizen participation and digitisation of public administration. The city welcomes ICC’s specific focus and the opportunity to create new pilot projects and drive novel approaches.

Thessaloniki already has major projects in progress and in the pipeline, including:

“There are lots of ways that ICC will help.”

Thessaloniki looks forward to the capacity building and knowledge exchange between ICC cities as well as the inputs from the thematic experts and mentor cities. The European Commission’s support of the programme elevates ithe city’s importance in Greece and means it will attract many important stakeholders such as universities and political authorities.

Thessaloniki praised the ICC’s “state-of-the-art” structural approach to helping cities reach their specific objectives. While he is eager to learn from other cities, lead ICC expert Panagiotis Tsarchopoulos believes that the city’s experience with open data and digital services qualifies Thessaloniki to be front runners of this ICC thematic. 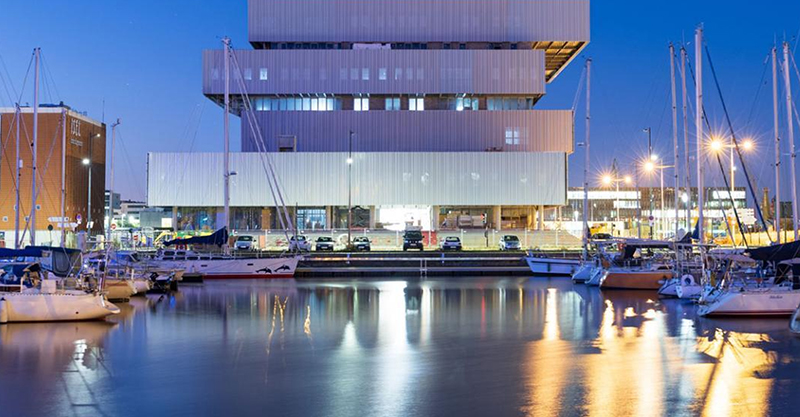 Le Havre’s main ICC goal is to develop a roadmap for a digital transformation of the city, based on the needs and demands of actual users. It hopes to shine the spotlight on the city’s inhabitants and how they can use advanced technologies to improve their daily lives. Local city ICC manager Caroline Maurand said that this is “intimately linked to our interest in spurring innovation within our community of businesses, which we believe if given the right tools and conditions to work in, can be the source of new solutions responding to the needs of our citizens and driving the transformation of the territory as a whole.”

Le Havre has launched several ambitious projects aimed at achieving these goals, including:

The framework of the Smart Port City project, which is financed by the central French government, will execute many of Le Havre’s projects. The city’s projects will also be supported by the Havre French Tech association and the Cité Numérique, which will offer their valuable networks, innovative approaches to business development and infrastructure.

“We expect the ICC to be a catalyst.”

Representatives from Le Havre expect a lot from the ICC, primarily that it acts as a platform and a facilitator to rally the city’s digital local ecosystem around a common cause. Their ultimate hope is for the ICC to develop a common governance model that allows different stakeholders to meet, discuss and debate important issues.

Le Havre wishes to develop a community of digital transformation champions and to form a clear idea of the city’s direction in 10 or 15 years. The city expects the ICC to be a catalyst of this process, while contributing specific expertise and fostering city connections across Europe. Finally, Le Havre hopes that the ICC will be a source of inspiration that brings digital solutions closer to citizens.