While the cities of Mechelen, Belgium, and Pamplona, Spain, are more than a thousand kilometres apart, they expressed similar challenges and ambitions during their joint Meet the Cities-interview. Both cities are interested in developing a ‘digital twin’, whereby a virtual representation of a city is made by using data and machine learning to test and predict changes in the physical city. Pamplona recognised itself in Mechelen’s struggle to break with vertical local government structures and create horizontal views on the city’s work. Or, as Pamplona representative Jose Costero describes it beautifully, “you are always happier when you see that others share your issues, and it is not only an issue in our city”. 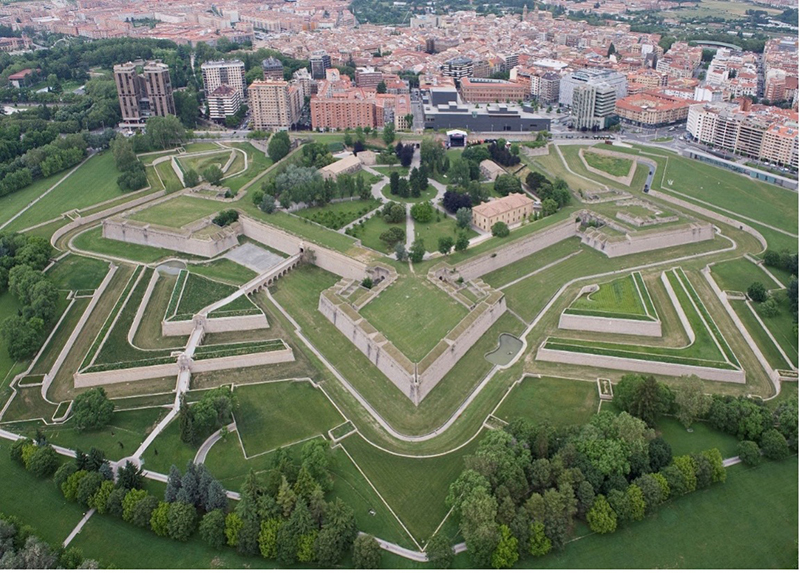 “Energy and mobility are our priority”

“We initially selected four priorities of high interest for Pamplona: energy, mobility, e-governance and smart tourism. After speaking to our ICC lead expert, we decided to focus on two main priorities, being energy and mobility. We believe these are two of the biggest challenges for European medium size cities now and in the future”.

Together with digitalisation, energy and mobility form an important pyramid structure. Pamplona is always looking for projects and solutions that have common ground in all these three issues and try to address them.

The city’s main action is the Strategy 2030 – Urban Agenda of Pamplona.

This vision for the city is a true example of inclusion and participation, since it was established in cooperation with over 100 local stakeholders and more than 1,000 citizens. The Strategy aims to be the strategic framework for the Pamplona of tomorrow and draw a roadmap to get there. In addition, the Strategy was designed in cooperation with all political parties, from the government to the opposition. “For us, consensus building is fundamental as in the long-term political changes can occur, and we need everyone in the city pushing in the same direction”, explains Costero. “This has made it possible that the Strategy 2030 was approved by unanimity at the Plenary of the City Council with the support of all the 27 councillors of the city”.

On top of that Pamplona has several ongoing digital projects such as Smart Pamplona Lab, whereby start-ups are supported in testing their new smart city solutions by letting them use the city’s infrastructure and services.

“More space for terraces, pedestrians and bikes during the pandemic”

Like all cities, the economy of Pamplona was seriously affected by the lockdown following the COVID-19 outbreak. Although Pamplona has a diverse economy, with a strong industrial sector, tourism is a key sector and the restrictions for travelling have had a significant impact. The city’s health services have been working under high pressure, but thanks to their good quality, they withstood the test and did not collapse during the different waves. On a positive note, the urban landscape has changed as more terraces of bars and restaurants have been installed and the City Council has dedicated more space for pedestrians and bikes.

“ICC has helped us to work closer with our local ecosystem”

The ICC highlights the importance of the local ecosystem and cooperation between local stakeholders and has therefore had a major impact on Pamplona, declares Costero. “ICC has helped us to work closer with the local ecosystem, as many stakeholders that worked with us on the Strategy 2030 are also interested in ICC projects. However, if we want to work on the long term, we don’t only have to look and work inside the local municipality. We are therefore very interested in the experiences of other ICC cities and how they are dealing with local green deals and other projects”.

Pamplona has the outspoken ambition to become a green city of international reference by 2030. 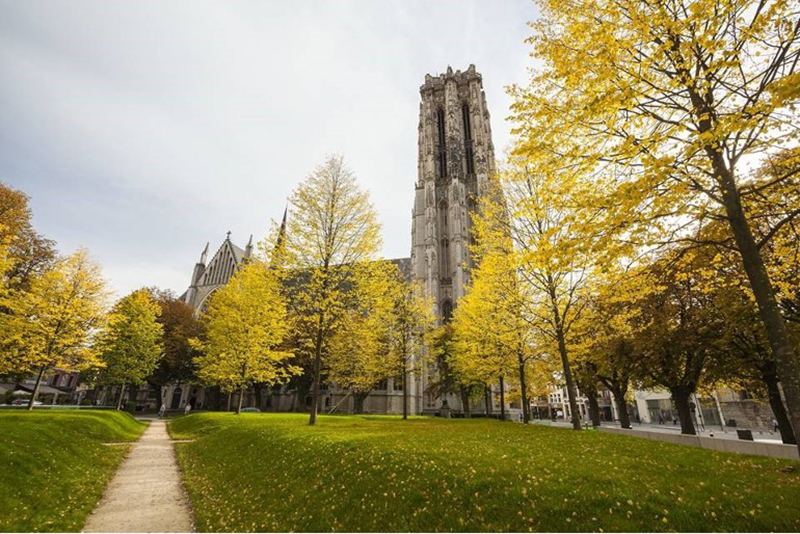 To deal with its growing population, Mechelen is developing a whole new urban district called ‘Ragheno’. “The 78-hectare area needs to be developed in twenty years into a sustainable urban district for at least 6,000 inhabitants, with 140,000 square meters of business space, a 2.5-hectare city park and a marina”, according to Mieke Van Cauwenberghe. “The city puts forward ambitious sustainability and smart principles. We are investigating which collective or public systems in the field of energy and water management can be developed”.

The city of Mechelen also has the ambition to make a digital ‘copy’ of the city, a so-called ‘urban digital twin’ – an idea Jose Costero also expressed great enthusiasm about. “The potential of digital platforms and IoT solutions is not fully exploited yet but can be an important lever to facilitate the urban climate challenges in this new district”, Van Cauwenberghe continues. “Energy transition and water management are a main focus as they are both challenges where innovative technology on the one hand and data-driven policy on the other can provide strong leverage for the upscaling of good practices”.

As a member of the Political Council of the Covenant of Mayors, Mechelen was one of the first to endorse the renewed ambitions of the European Covenant of Mayors on 21 March 2021. The Covenant of Mayors is a European co-operation movement involving local and regional authorities, whereby the members voluntarily commit to increase energy efficiency and the use of renewable energy sources in their territories. “The City of Mechelen is convinced that out of all governmental levels, local authorities are nearest to the citizens. That is why mayors must lead by example and work together in their responsibility to convince our citizens of the necessity and urgency of the energy shift and other climate ambitions”.

“I hope that ICC can inspire us along the way”

Mechelen has high expectations for the ICC initiative. “Through the ICC, we can not only use the expertise of other governments and stakeholders, but also build up knowledge or synchronize projects better. In addition, we can also work on implementing various local pilot projects on a much larger scale”. The Belgian city also hopes that ICC opens the right doors towards more funding, in order to implement and scale up various projects that are now happening on a small scale.

“ICC can play an important role on the road towards a digital twin and above all a source of inspiration for the sustainable implementation of the many ideas”.