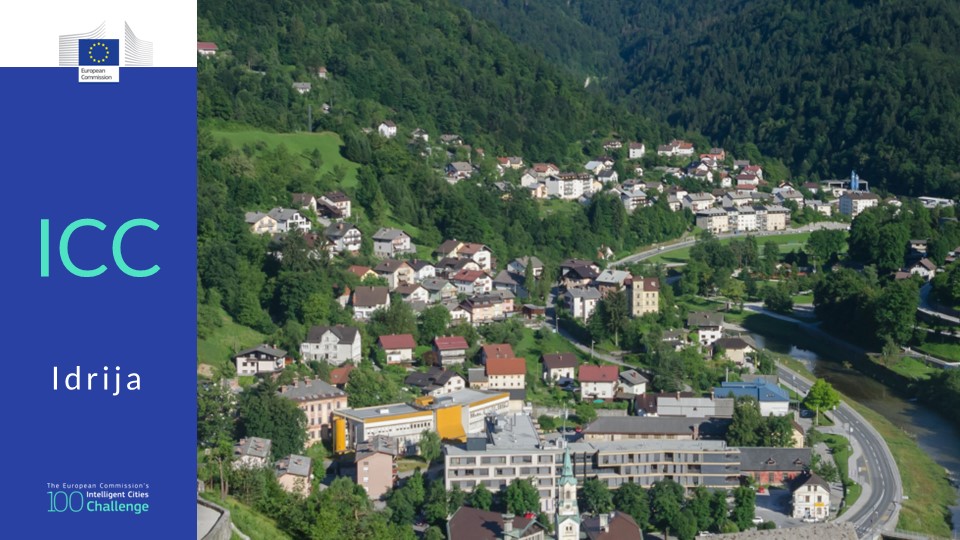 The city of Idrija, nestled in western Slovenia, is surrounded by rolling hills and traversed by the Idrijca River. Throughout its history, the area has been known for a few things, namely its mercury mine. Now, as Idrija shared in an interview with the Intelligent Cities Challenge (ICC), the city is investing its resources to mine another valuable resource: data.

Tadej Rupnik, Consultant for Informatics and Energy for the municipality of Idrija, spoke about the city’s projects within the ICC thematic track of Citizen participation and digitisation of public administration. As they pursue energy efficiency, clean mobility and transparent governance, Idrija is relying on strategic use of data to guide their efforts.

“To become a smart city, we needed to take control of Idrija’s data.”

Previously, the city had been working with third party solutions providers. This approach, however, limited the city’s ability to control the data or utilise it for multiple initiatives. Empowered by their participation in the ICC, Idrija is now working on reorganising information into a data lake, or a centralised way to store, process and secure different types of data. This way, the city maintains ownership over data and can decide how it is used, improving security and better leveraging it in their smart city efforts.

Using IoT-powered sensors, the data lake can offer insight into many aspects of the city, including:

Mr Rupnik indicated that the next step will be to visualise the data gathered by the city. He emphasised the importance of presenting information in a way that is simple to understand so that it can be the most helpful to city leaders.

Beyond digitisation’s effect on data collection and utilisation, it has allowed Idrija to achieve greater transparency and citizen involvement in government. To ensure that residents always have an accurate source for city information and news, Idrija regularly publishes data on their website. Additionally, all city council meetings are live streamed, recorded and posted online. These are just two ways Idrija is making the city’s work more accessible to citizens.

Now, as the city deals with the pandemic’s effects on all industries and rising prices due in part to the conflict in Ukraine, these smart city projects are more important than ever. Mr Rupnik acknowledged how the ICC has helped them implement their initiatives, by providing opportunities for networking and learning from others’ experiences.

The ICC looks forward to following along as Idrija continues to strengthen its digital capabilities.