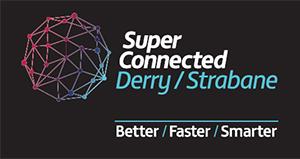 In December 2010, the Secretary of State for Culture, Media and Sport and the Minister for Culture, Communications and Creative Industries jointly launched the Government’s National Broadband Strategy: ‘Britain’s Superfast Broadband Future’. The strategy set out the Government’s vision for broadband in the UK, which was to ensure the UK had the best Superfast broadband network in Europe by 2015.

The Chancellor announced investment of GBP150 million across 22 cities which collectively made up the Urban Broadband Fund (UBF) programme. The common theme across cities, in line with the Government objectives, was a desire to increase service take‐up – with a particular focus on SMEs as a means to support economic growth. In investing in cities the Government was looking to the private sector to provide wider investment including accelerating the adoption of ultrafast connectivity.

The UBF programme aimed to invest in broadband infrastructure against shared, common objectives across cities. Objectives of the investment included:

In October 2013 Derry City Council received a Letter of Offer confirming £2.2 million by way of grant for the Super Connected City Programme. The Project activity can be summarised under the 3 distinct strands as detailed below:

The Voucher Scheme provided financial support towards the cost of high-speed Broadband connections, it offered grants between £250 and £3000 (excluding VAT) to cover the installation cost of the connection. The aim of the programme was to allow local businesses to boost connectivity and take advantage of the benefits of doing business online, including:

Over 200 vouchers were issued in the Derry City and Strabane District Council area.

The Public Wi-Fi in buildings element of SCCP was valued at £500k and incorporated the creation of Wi-Fi zones in over 60 public buildings including leisure facilities and museums, community centres etc. The aim of this element of the programme was to increase digital engagement and energise cultural and economic activity in these areas.

The Wireless Concession element of the programme was valued at £700k and aimed to provide Wi-Fi access in high footfall areas, such as the city centre, where demand for high capacity wireless access was greatest. The scope of works included:

2.Configuration of the Wi-Fi network including:

3. Providing registered users with 1 hour free Wi-Fi access with capability to roam to any access point without having to re-register

Over 200 broadband connection vouchers were issued

Over 60 buildings were Wi-Fi enabled, with usage reports and statistical analysis available on a building by building basis.

Over 50 external Wi-Fi nodes were installed as part of the Public Wi-Fi element of the programme, with usage reports and statistical analysis on types of devices accessing the network etc.