An ICC and European Committee of the Regions Mayors' event

Read the reporting from the event:

LGDs in action: panel with inspirational cases and interactive discussion

1. How does the European Green Deal impact your city (what does it mean to you and your citizens)?

2. Using political leadership to create a LGD vision for Industry and SMEs

3. Managing the political risks of LGDs 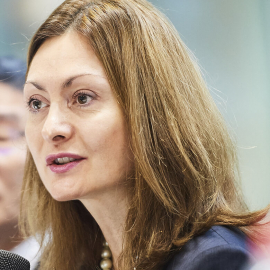 Anna Athanasopoulou is Head of Unit, ‘Proximity, Social Economy and Creative Industries’, at the European Commission.  An EU official since 2002, she has held different positions at services and Cabinet-level, relating to tourism and textiles, culture and creative industries, and external relations. Before joining the EU civil service, Anna worked as Adviser to two Ministers of Culture in Greece and as Director of Programme Planning for the Athens 2004 Cultural Olympiad. In parallel, she lectured on History of Art and Cultural Management. Anna studied Archaeology and specialised in History of Art where she holds an M.A. and a Ph.D. 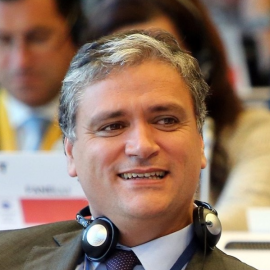 First Vice-President of the Committee of the Regions

First Vice-President of the Committee of the Regions

He was first elected president of the Conference of Maritime and Peripheral Regions of Europe in 2014, in Sweden, then re-elected in 2016, in Ponta Delgada, and again in 2018, in Funchal. 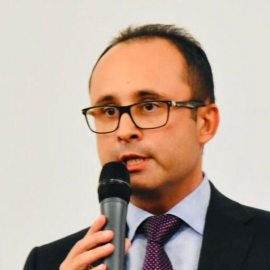 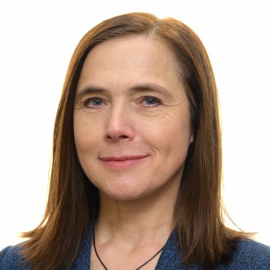 Deputy  Director-General,  DG  Internal  Market, Industry, Entrepreneurship and SMEs (GROW) Since  November  2020  Deputy  Director-General  at  DG GROW, previously Deputy Director-General of the European Commission's Joint Research Centre (JRC), Ms Rute joined the European Commission in 2005 to become Director for the  SME  policy,  bringing  in  her  previous  management experience from the Estonian business and export financing and the Estonian central bank. Ms Rute also worked as Director for Biotechnologies, Food and Agriculture Research and as a Resource Director in DG Research and Innovation.  Ms Rute graduated as an agricultural economist from the Estonian University of Life Sciences and holds an MBA from the Danube University Krems, Austria, and a Masters in international politics from CERIS, Belgium. 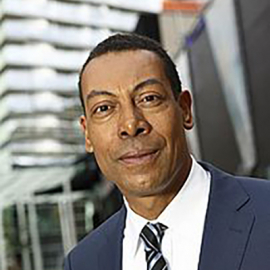 Mr Franc Weerwind has been the Mayor of the city of Almere, one of the major cities in the Amsterdam Metropolitan Area, since 2015. With the Alderpersons in the city he is responsible for daily operation and policy implementation. His portfolio includes the following topics: coordination of safety in the city, law and order, international affairs and the IT and digital agenda amongst others. He also has a number of ancillary activities such as board member of the Amsterdam Economic Board focusing on digital connectivity and board member of the municipal commission services and information of the Dutch association of municipalities VNG. In the past Mr. Weerwind was also Mayor of the municipalities of Velsen and Niedorp. He holds a degree in public administration from the University of Leiden in The Netherlands. 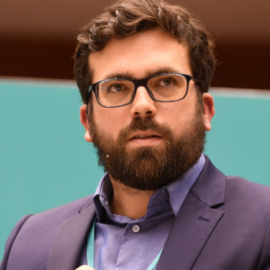 Mayor of Autun, CoR Rapporteur on Stepping up Europe’s 2030 climate ambition towards COP26

Mayor of Autun, CoR Rapporteur on Stepping up Europe’s 2030 climate ambition towards COP26

Vincent Chauvet is a French politician serving as Mayor of Autun since 2017. Chauvet is the co-founder of the first submitted European Citizens' Initiative (ECI), One Single Tariff. In 2020, Vincent Chauvet has been appointed at the European Committee of the Regions. He seats in the Renew Europe in the European Committee of the Regions and has been elected as Vice-President of the French Delegation and coordinator of the Environment Commission. Currently he is leading the CoR as Rapporteur on Stepping up Europe’s 2030 climate ambition towards COP26. 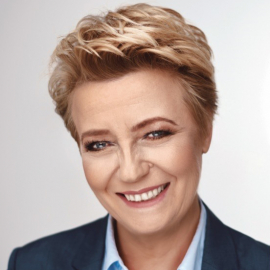 Hanna Zdanowska, Mayor of the City of Łódź since 2010, an environmental engineer, Member of Polish Parliament from 2007 to 2010. In the 2018 local elections, she was elected for the third term, receiving 70.22% of the vote in the first round of voting.

She has started the largest revitalisation program in Poland to improve housing and living  conditions, especially in the city centre. In July 2019 Mayor Hanna Zdanowska has initiated and leads Working Group of the Union of Polish Metropolises for Eco-strategy. The Eco-strategy already includes the Basket of Good Practices which is a tool for local authorities benchmarking. Also legislative postulates are ready and the group working on Eco-friendly City Model. Thanks to it 12 of the biggest Polish cities will coordinate their actions on climate change. In January 2020, the City also adopted the "Eco-deal for Łódź", a strategy to make Łódź the most sustainable city in Poland by 2030. The "Eco-deal for Łódź" covers main areas of activity in the sphere of environmental protection.

She is a permanent member of the European Committee of the Regions since 2019. She was nominated National Ambassador of the Covenant of Mayors and as a committed to climate actions and citizens engagement leader, she decided to join an European family of Climate Pact Ambassadors. 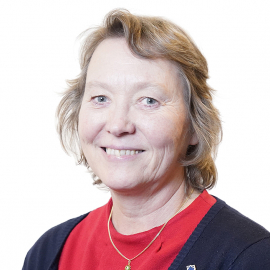 Kirstine Bille is 2nd vice-mayor of Syddjurs, in Denmark. Having represented the Socialistic People’s Party in local council for over 18 years (2010-2013 as Mayor), Kirstine Bille has chaired various committees: planning, development and culture; families, schools and institutions. She is also the vice-chair of the International Committee in KL-Local Government Denmark.

Kirstine Bille has been a member of the European Committee of the Regions since 2010. She was recently nominated the Danish National Ambassador of the Covenant of Mayors 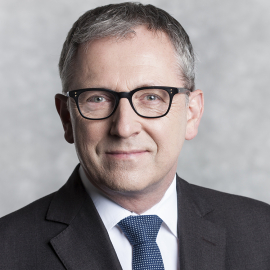 Dr. Peter Kurz, born in 1962, has been the Mayor of Mannheim, Germany since 2007. As mayor, he holds numerous positions in municipal subsidiaries and various honorary posts in European and international committees.

Previously, he worked in a law firm, as a researcher at the University of Mannheim and as a judge at the Administrative Court of Karlsruhe. From 1999 to 2007, Peter Kurz served as Mannheim’s Deputy Mayor for Education, Culture, Sports, and City Marketing.

From April 2018 to January 2020, Dr. Kurz, represented the German Association of Cities and Towns at the European Committee of the Regions (CoR) and since January of 2020 he has actively continued his work as substitute member.

At the European level, Dr. Kurz has also been a deputy member of the Main Committee of the German Section of the Council of European Municipalities and Regions (CEMR) since 2010. He is also active with United Cities and Local Governments (UCLG), where he is one of five German local representatives in the World Council and one of two German mayors in the Executive Bureau. Dr. Kurz was one of the founding members of the Global Parliament of Mayors (GPM) in 2016. He held the position of vice chair of the GPM until he was appointed chair of the organisation in November 2019. 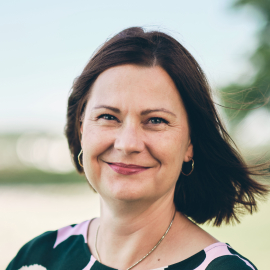 Minna Arve has served as the Mayor of Turku since 2017. Turku-born Arve is a Master of Economics and a nurse. During her career Arve has worked i.e. as the Managing Director of Turku Chamber of Commerce and as the Party Secretary of the Finnish National Coalition Party. She has also led a long career in municipal politics. As the Mayor of Turku, Arve has highlighted major issues such as sustainable growth, urban inclusion, the prevention of social exclusion, and new means of industrial and business policies. She has promoted international networks and co-operation, and serves as Vice President of ICLEI - Local Governments for sustainability. 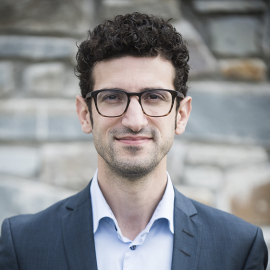 Mohamed Ridouani is Mayor in the city of Leuven since January 2019 and was previously responsible for Education, Sustainability, Economy and Urban Development. He stands for positive change and aims to turn Leuven into one of the most caring, green and prosperous cities in Europe, in cooperation

with the citizens, knowledge institutions, companies and organisations. He’s the inspirer of Leuven 2030, in which more than 500 companies, organizations and citizens are united to turn Leuven into a sustainable and CO2-neutral city. He also initiated Leuven MindGate, an economic platform with 400 members that will boost Leuven as the world’s hotspot for health, technology and creativity. For this groundbreaking governance model based on innovation and inclusion, Leuven has recently been named European Capital of Innovation by the European Commission. 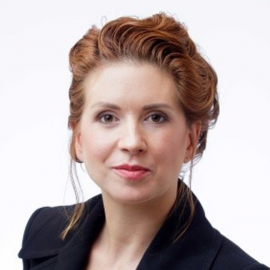 Deputy Mayor of Budapest and rapporteur on Gender equality and Climate change: towards mainstreaming the gender perspective in the European Green Deal

Deputy Mayor of Budapest and rapporteur on Gender equality and Climate change: towards mainstreaming the gender perspective in the European Green Deal

Kata Tüttő is a Hungarian politician and economist. Since November 2019, she is the Deputy-Mayor of Budapest and responsible for utility management, including, waste, water, streetlights, and public transport. She is also chairing the Operational Group responsible for the city's responses in the COVID-19 pandemic. Kata Tüttő is a Member of the European Committee of the Regions (CoR) and is the rapporteur has served as rapporteur on a number of major opinions concerning climate, circular economy and is currently rapporteur on the opinion on Gender Equality and Climate Change: towards mainstreaming the gender perspective in the European Green Deal.

Andries Gryffroy was born in 1963 and graduated as an industrial engineer. In 1994 he started his own company, a consultancy firm in the energy sector, before being elected in the Flemish Parliament in 2014.

In the Flemish Parliament, he focusses on dossiers such as energy, climate, entrepreneurship and innovation. Andries is also a member of the Belgian Senate, the Council of Europe and the Committee of the Regions. In the latter, too, he focuses on dossiers related to energy and innovation. Last year, for example, he was rapporteur for the opinion 'The impact of climate change on regions: an assessment of the European Green Deal'. 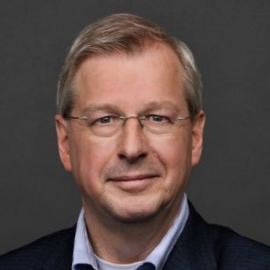 Member of the Council of the Province of Drenthe

Member of the Council of the Province of Drenthe

Regional Minister in Drenthe province (the Netherlands) and ECR representative in the CoR Working Group on the Green Deal Going Local.

Tjisse Stelpstra is a Dutch civil servant, politician and administrator, a member of the ChristenUnie party. Before the party was founded, Mr Stelpstra belonged to the Reformed Political Alliance (GPV), for which he served as a member of the Provincial Council of North Holland. From 2007 to 2011 he was a committee member in Drenthe province, and from 2011 to 2015 a member of the Provincial Council of Drenthe and the ChristenUnie party chairman. Mr Stelpstra has been a member of Drenthe Provincial Executive since April 2015; since 2019, his portfolio has included climate, energy, the Regional Energy Strategy (RES), and the environment. He is the spokesperson of the CoR on circular economy and ECR Group representative in the Working Group on Green Deal Going Local. 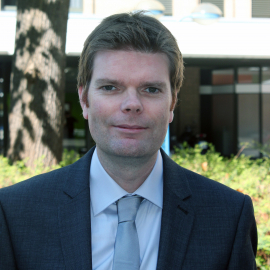 Mark joined ICLEI – Local Government for Sustainability in 2003. He is a member of ICLEI Europe’s Board of Directors and responsible for ICLEI’s Sustainable Economy and Procurement work. For 25 years he has worked for, and on behalf of, local, regional and national governments in project, policy and strategy development on sustainability issues such as smart cities, innovation, business and city interaction, procurement, climate change and transport.